A Reflection on World Water Day 2017

On World Water Day 2017, we take advantage of the lessons that keep arriving from the Global North so we can avoid making the same mistakes in water politics and management worldwide. Today, the British newspaper The Guardian published a report about London’s private water company given a record fine for failing to comply with environmental standards. It related to “huge leaks of untreated sewage [emptied] into the Thames and its tributaries and on to land [… that] led to serious impacts on residents, farmers, and wildlife, killing birds and fish”. The report cites the UK Environment Agency stating that the events were “catastrophic”, and Judge Francis Sheridan, who said “This is a shocking and disgraceful state of affairs. It should not be cheaper to offend than to take appropriate precautions”. Read here the full report.
The events referred to in the report are part of a long-term pattern, a structural problem, as previous fines and admonitions had failed to move the company to improve its standards, for the best part of three decades. In fact, after almost three decades of relentless implementation of privatization policies in the water and sanitation sector worldwide, the evidence keeps mounting about the fact that this is not the way forward. Members of the WATERLAT-GOBACIT Network’s Thematic Area 3 have been contributing to this debate for many years, for instance through the PRINWASS Project, and our Publications, including our Working Papers Series. 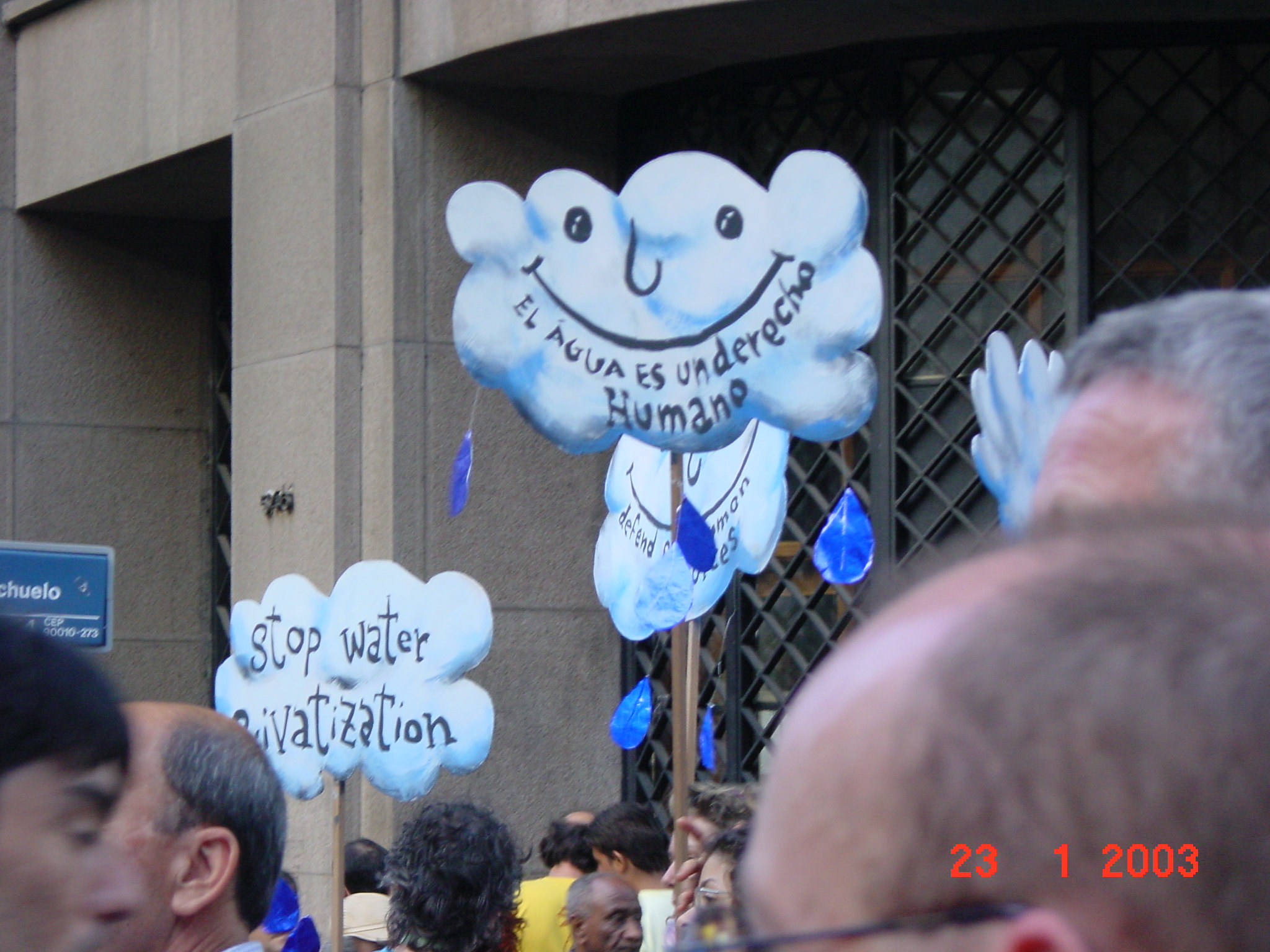 It is urgent to keep working to expose the myth and the lies associated with the promotion of privatization, in its different forms, as the solution or even as the only way forward to achieve the universalization of access to essential water and sanitation services in conditions of socio-environmental sustainability. The recent take of power in many countries, from the United States to Argentina, of governments oriented at the defence of private wealth accumulation and to the systematic discredit of the Public and the Common, as an idea as well as in practice, is a serious danger to the implementation of the Human Right to Water and to the achievement of the new Sustainable Development Goals (SDG). It would be a mistake to remain indifferent and to allow the continuing implementation of neo-privatist politics, as their negative results are clear and very well documented. In World Water Day 2017 let us say NO to the private accumulation of water and its benefits, in all their forms, and let us contribute to defend and recover water as a common and public good, as a citizenship right, as a human right, which must be controlled, governed, and distributed subject to the principles of equality, solidarity and inclusion, not to market principles that privilege private profit accumulation over the social distribution of wealth, including water wealth. Let us make World Water Day 2017 to help us in reinforcing our commitment with the substantive democratization of the politics and management of water, and of our societies.

Co-ordination of the WATERLAT-GOBACIT Network, 22 March 2017